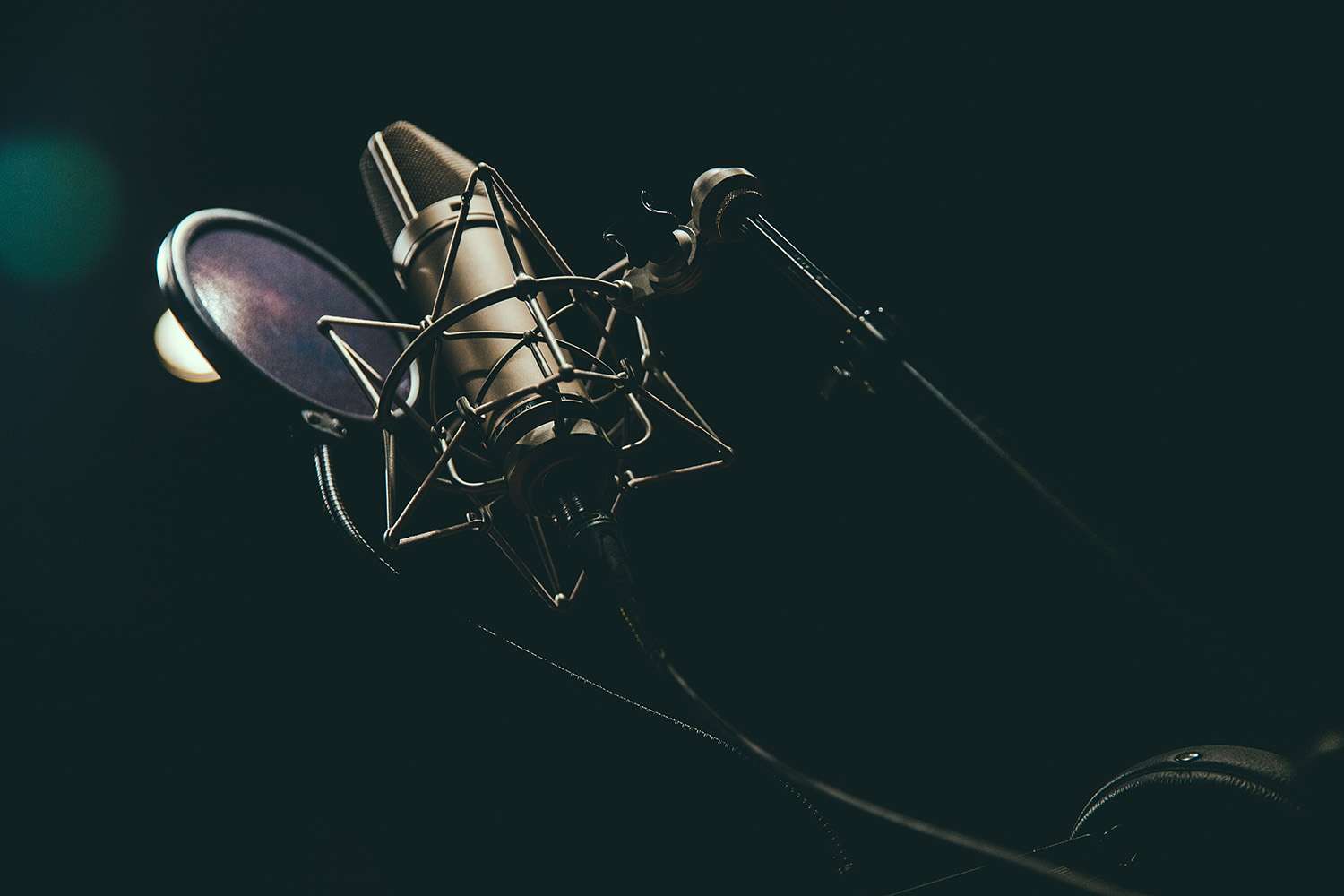 If you have looked up the word dubbing, you’ve likely seen the definition for fly fishing or the act of giving someone an unofficial name. Now, if you really like fly fishing, this article is sadly not about that. However, we’re going to be going through the ins and outs of the audio post-production process, known as dubbing. In addition, we’ll also brush up on the impact of globalization and content accessibility.

In this ultimate guide, we will be looking at localization for different industries; film and tv, video games, e-learning and corporate content. As well as diving into how it became such a popular method in the last few years.

Firstly, let’s look at the actually definition. According to Google, this is the dictionary definition of the word “dub”:

Provide (a film) with a soundtrack in a different language from the original.

“the film will be dubbed into French and Flemish”

Essentially the original recorded language is changed to a different language on a piece of content. This applies to film, video game or an online course etc. Whilst this seems pretty straightforward, the dubbing method is actually a bit more complex. As a result of the technicality, it’s considered a labor-intensive process. You may be thinking, why do so many people use this complicated technique? So, let’s dive into why dubbed content is on the rise.

If you prefer to watch a quick video, click here:

Recently, you may have noticed the amount of dubbed content that surrounds us. With the continual rise of streaming platforms, we are starting to see a richer library of foreign titles that are expertly dubbed. As a result, there’s an increase in audience engagement. As well as accessibility in new markets.

Netflix has become a pioneer on this front by adding original content from other markets and dubbing them into English.

Anyone seen Babylon Berlin, the German thriller series, or the Spanish binge-worthy action series, La Casa del Papel/Money Heist? Likely, you’ve seen at least one dubbed film or series in the last couple of years. Dubbing is growing with a changing global market. Resulting in more industries investing to localize their content.

Video consumption is increasing rapidly. And, with the rise of digestible foreign content, it has become apparent that there is more demand for certain target audiences. Although you could use subtitles, subtitling content alone in isn’t enough in many cases. Nowadays, many expect a dubbed video. With this in mind, industries are turning to dubbing studios. See our checklist on How to choose a Dubbing Company.

What is the best translation method for your content?

Lip-sync dubbing is the most commonly used technique to dub content. In fact, it is the most accurate method. Lip-sync dub takes the translated audio which is then carefully timed to match the on-screen actor’s lips. The lip synchronization is fundamental. Therefore, the more natural and fluid it is, the better. As a result, the audience won’t notice the translation as much and can focus on the enchantment of the film.

For example, this is a lip sync dub.

The Lip Sync technique is mainly for:

Similarly, both audio post methods are used to adapt a piece of content for a new audience or market. However, they are two entirely different techniques. And, they are often easily confused. In fact, there are even different types of voice-over styles. So, you see how technical it can get.

For examples of both sound techniques, see our article on Dubbing or Voiceover: What’s the difference?

Recently, there have been many debates about subtitles and dubbing. Often you hear arguments about which technique is better. Unlike the similarities between voiceovers and dubbing, subtitles differ from both techniques, as there are no audio changes to the content.

In recent years, streaming companies have noticed the demand for both dubbing and subtitling, and have been able to offer both audiovisual translation techniques, so the viewer can choose their preference. Read more about the debate: Dubbing vs Subtitles: Both methods explained.

Understanding the process of Dubbing

Once it has been decided that you want to dub the original version of your content, selecting a good-quality localization provider is key. They will guide you through the right steps to ensure a seamless dub of your content. 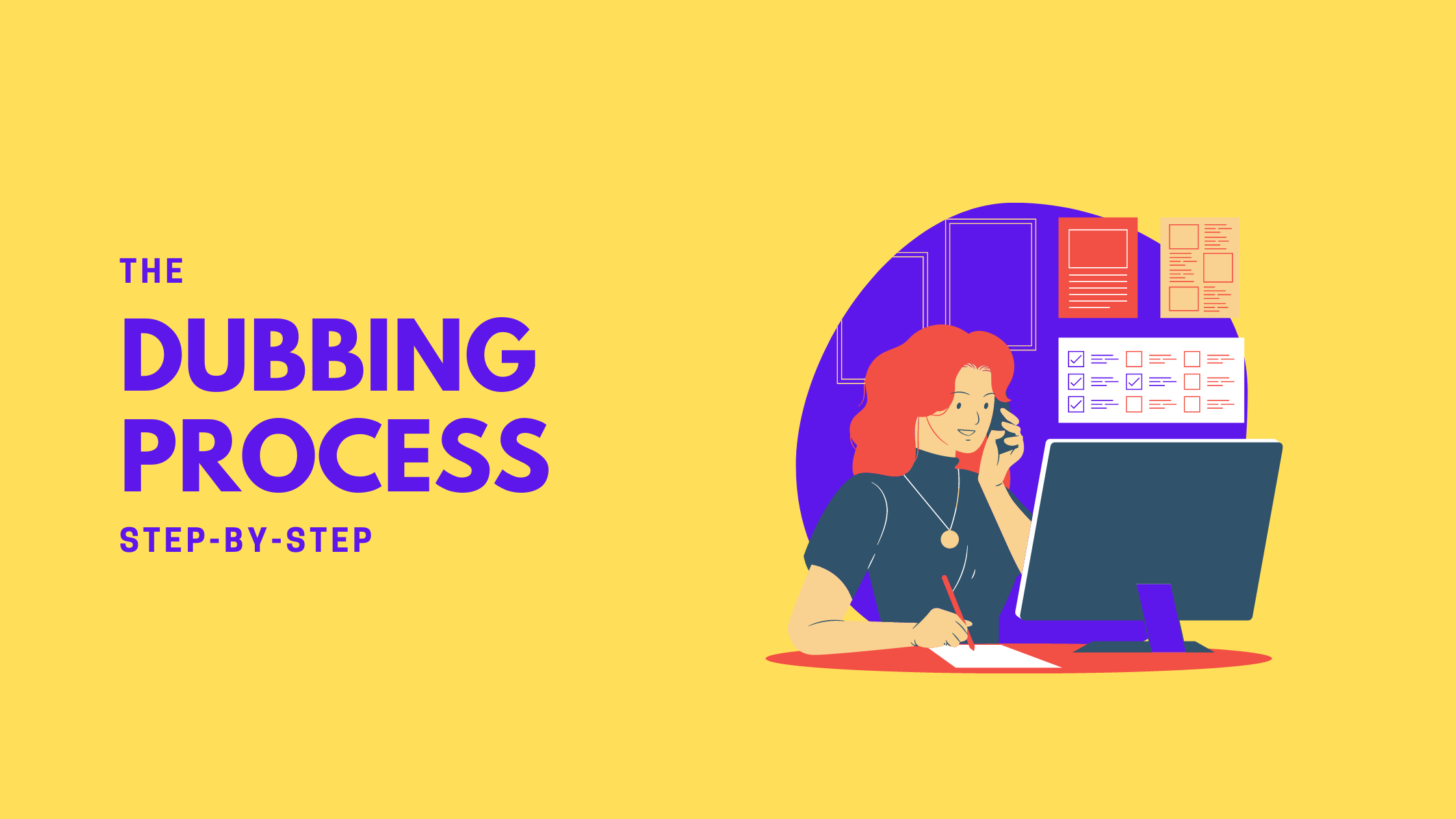 See our summary of the dubbing process.

With the success of Parasite scooping up four Academy Awards in 2020, including ‘Best Picture,’ it was clear that translation services were going to be in higher demand. Although foreign-language films aren’t anything new, it was an eye-opener for many that content was becoming accessible. 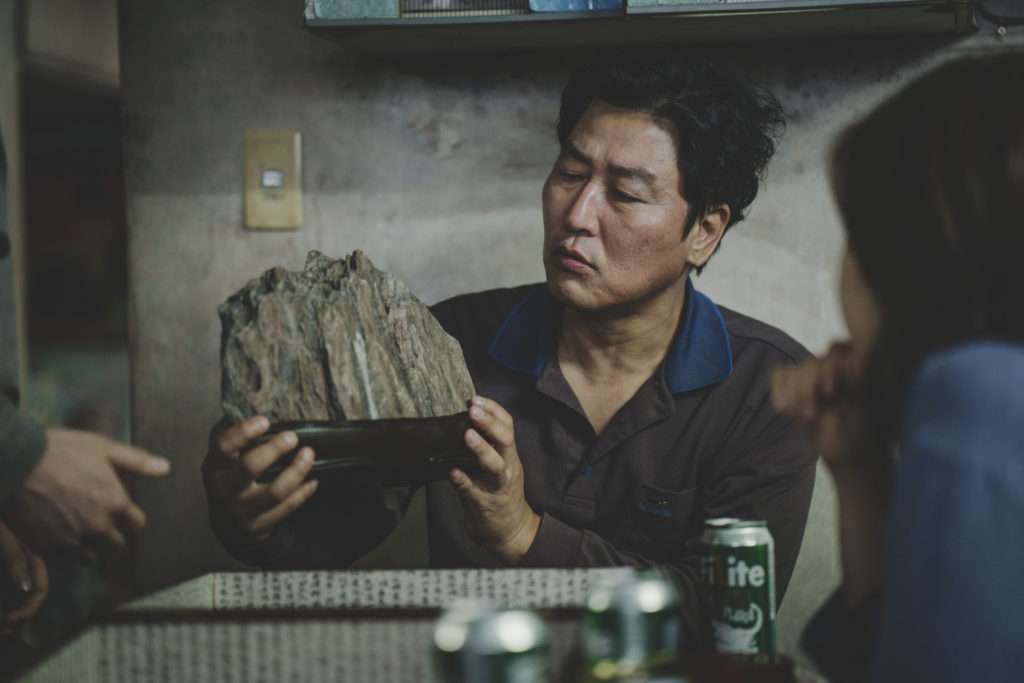 The entertainment industry is clearly changing. And, quickly for that matter. As a result of Parasite’s global success, the language barriers were stretched. It really shone a light on English language dubbing and the need for it to be more widely used. Furthermore, there was a shared feeling that Hollywood was no longer the sole content provider in the Entertainment Industry. Change is upon us!

Despite all the hype surrounding dubbed films, it is important to take into consideration that it is not always as effective in different markets. For instance, many countries aren’t used to this type of translation. Let’s look at how some different markets dub their content.

Kids’ TV shows and films are usually dubbed. As a result of their infancy, subtitles would be too complex! In many European countries, the original version of a film is shown with subtitles. However, certain markets don’t use this method. Such as the French market. They offer both the dubbed version and the subtitled version.

There are anomalies to this rule. For example, in Poland, the preferred method of localization is a type of voice-over, referred to as ‘lektoring’. This is simply the voice-over technique where a voiceover artist, usually a man, reads all of the different character’s lines, in no way mimicking the original content. In addition to the VO, you can hear the original soundtrack in the background.

For example, see the video below:

Many regions in Asia prefer dubbing to other translation methods, particularly for film and TV. However, most Asian audiences prefer adverts in their own language. There is no specific preference in regards to lip-sync dubbing or voice-over.

Most foreign content is usually subtitled. With this in mind, there are exceptions. For example, some films and TV Shows from the UK are dubbed due to the various dialects and accents.

In Quebec, many films and series have been dubbed in Standard French and also Quebecois French.

For many of the Spanish-speaking countries in Latin America, all foreign-language films, series and TV shows are dubbed in Spanish. However, there are certain cases where content is dubbed into Mexican Spanish and specific regional dialects.

In Portuguese speaking countries, content is usually subtitled. Such as Brazil. However, there are some exceptions where film and TV are dubbed into Brazilian Portuguese.

Most foreign-language films are translated with subtitles. The exception in Australia is TV Ads in foreign languages. Often, these adverts are dubbed.

In many African countries, dubbing is extremely popular. For example, Morocco and Algeria have content dubbed in French. Whereas in North Africa content is mainly dubbed into standard Arabic, and in South Africa, Afrikaans. There are some exceptions. Such as Uganda, where most foreign films are in English with Luganda subtitles or UN Style voice-overs.

With the rise of localization and the benefits, many different industries are turning to dubbing and translation. When we hear the word ‘dub’ our minds often go toward the entertainment industry.

However, there are so many other industries that are expanding to new markets. For example, video games, e-learning, and corporate marketing content.

There have also been many circumstantial factors as to why dubbing is becoming more prevalent in other industries. For example, the tragic COVID-19 pandemic meant that many were stuck indoors, turning to educational material. As a result, the e-learning industry took a flight to new markets. We started to see online courses translated, making them widely accessible and profitable. For a more in-depth look, see our article on Dubbing e-learning and educational content. 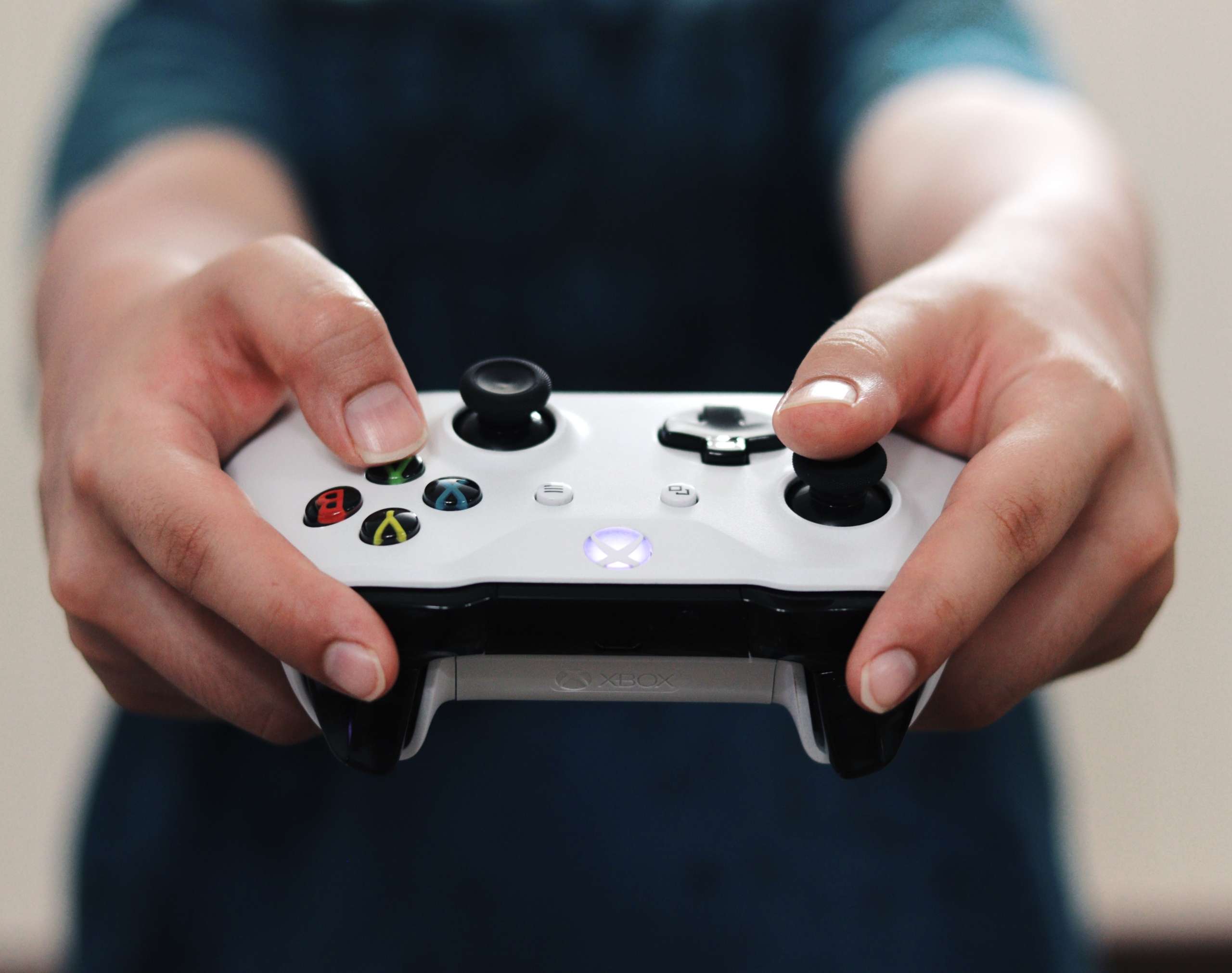 Translated content is everywhere. By looking at the industries that adopted translation services, you start to realize how much you’re surrounded by it. For instance, the video game industry.

Increasingly we have seen major game releases, with a heavier focus on the story. In addition, the rivalling release of the Xbox series X, and the PlayStation 5, gave us even more games! Just think of all of the new, dialogue-rich games being created for those consoles. And, a lot of those games have a global audience. Therefore, the translation process is very important.

Check out our in-depth article which looks further into translation services for the video game industry. Video Game Dubbing: What is game localization? 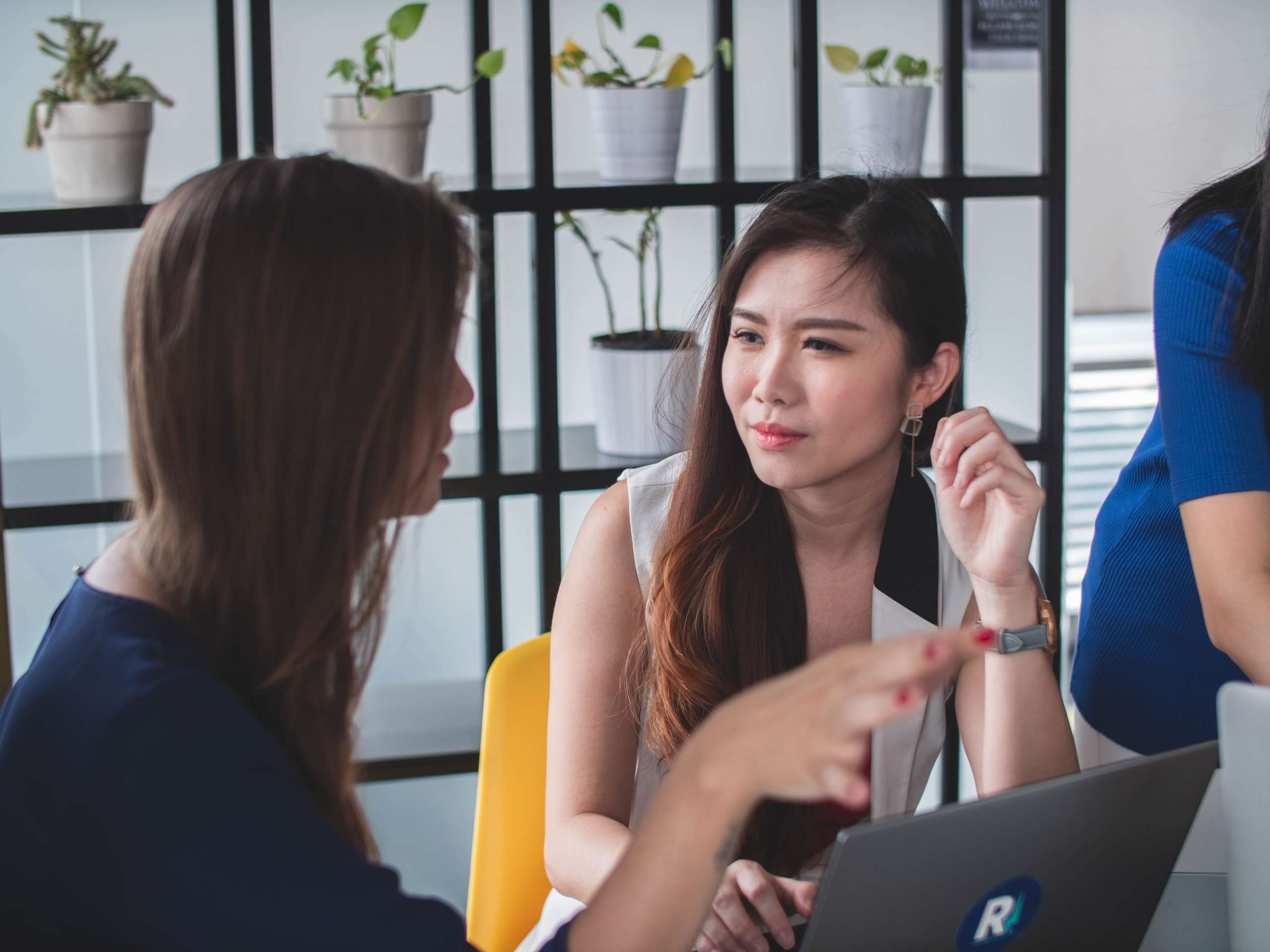 This is a specific question that depends on a number of factors. As every project is different, it’s important to consider your options and speak with a professional dubbing company. Often, it falls on these factors:

There are many dubbing companies out there. So, selecting the right company and method does require some thought and research. In addition to just translating your content, it’s important to do some research.  By looking into the markets you want to target, and learning more about the techniques they use, is the best preparation.

A good localization provider or dubbing studio will guide you through the process to ensure your vision and goals are met. Therefore, speaking with an expert about your specific needs and project is a great place to start. If you have more experience in this field and feel confident with your in-house team. Or, whatever your situation may be. That’s great! Every project is different and should be translated with your target audience in mind. At the end of the day, they’re the ones who need to enjoy it.